This F-4 drawing contains some errors, which I had found some years after publishing. One of them is the wrong contour in the middle of the fuselage.

It should be a straight line, not the curve. The wrong and the proper shape are shown on the picture (on the right). The wrong, thinner fuselage, was suggested by the photos, which were always taken at some angle. The stepping down upper wing surface makes the impression, that the fuselage is widening a little bit in the rear direction. In fact, it is not. Viewed from the top, it is just a simple, straight line. 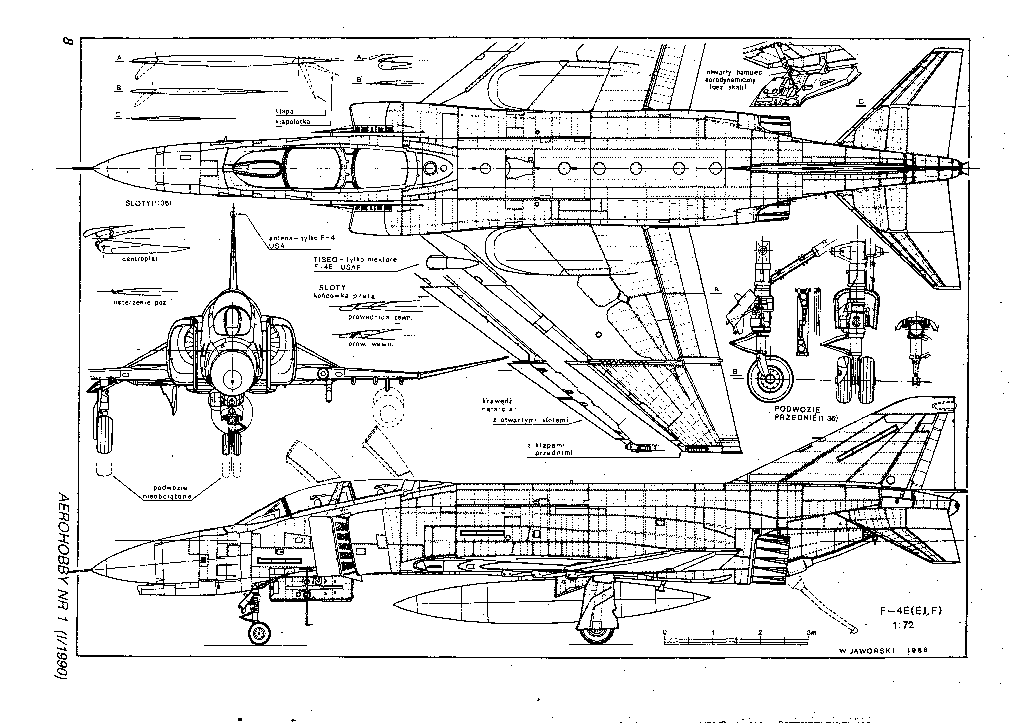 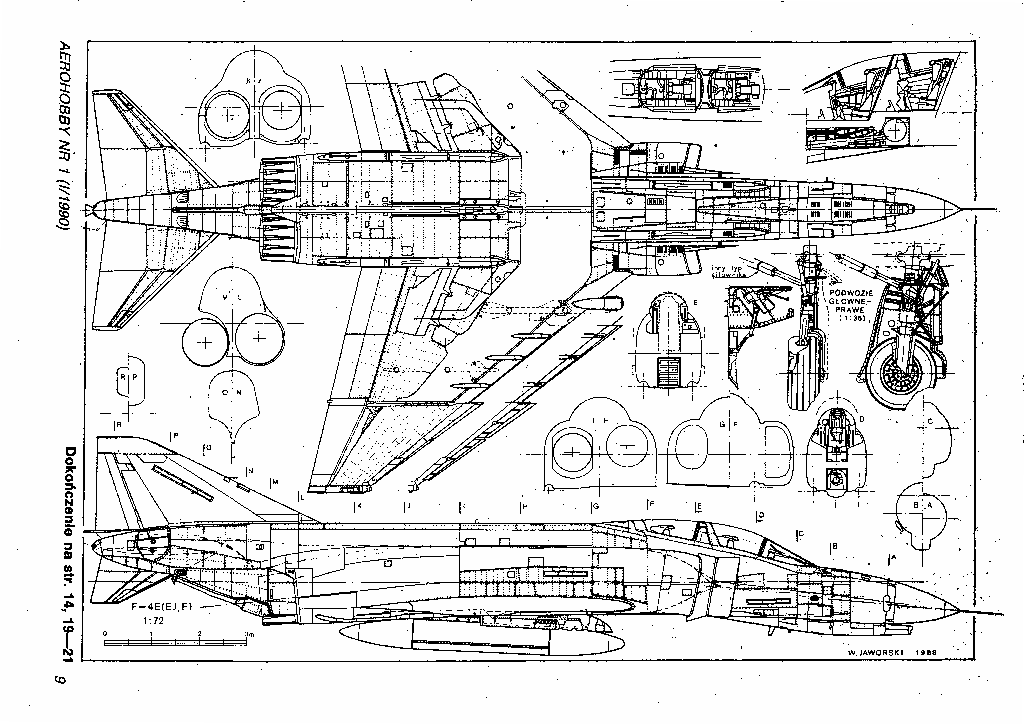 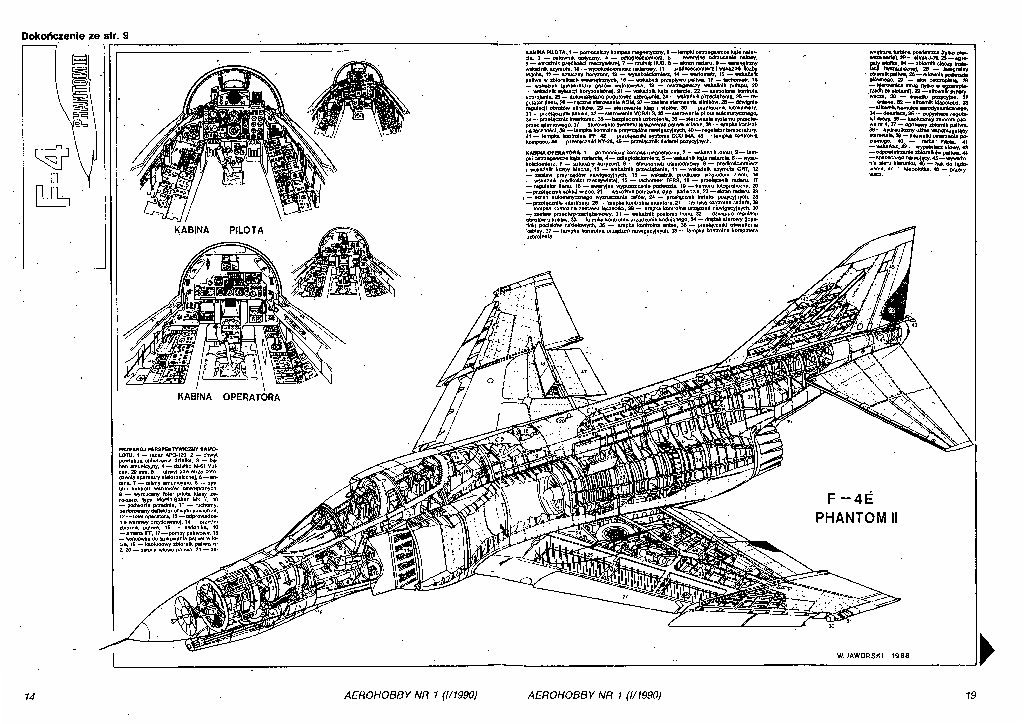